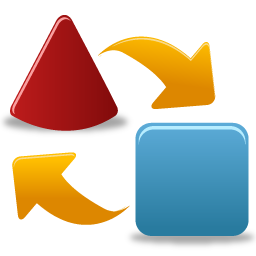 Now this is an interesting word. The meaning of the word has taken on a life of its on in so many ways today.  Replace can mean, “to restore to a previous place.” It can also mean, “to take the place of.” So, when someone says, “I replaced the picture frame after it fell off the wall,” what do they really mean? Did they purchase a new frame to replace the old because it broke when it hit the floor?  Or did they simply pick up the undamaged frame and replace it in its original position?  The English language is so rich and yet so confusing at times.

Let’s focus on the second interpretive meaning of replace, “something that replaces another.”  In a fickle culture of instant gratification, we see the act of replacement becoming a life experience for many people.  Just watch as the next innovation in cell phone technology happens, how many people flock to the stores replacing their old phone with one having more exciting gadgets and widgets.  4k television, bluetooth devices, more powerful computers, more mobile devices, are some of the best examples of a replacement culture.  The very idea of leasing your vehicle embodies the concept of replacement theory.

This mindset bleeds over into other dynamics of human life as well. In the harsh reality of truth telling, my own father found a replacement son, and as the “replaced,” I never quite got over the devastation or emotional destruction this caused.  I’m clearly not alone in these emotional valleys of despair, since thousands of young men are being abandoned by dads for a plethora of reasons.  Being replaced in the workplace is one thing, and horribly tragic at times.  But the agony of being replaced in such an intimate way is beyond the pale.  I wonder how many other “replaced” people feel as I do today?  But replacement issues go deeper and further than just technology or human relationships.

Imagine how the Creator must feel, when He is replaced by humanity with the idol worshiping culture of our country.   We live in a time where many people no longer know Him or serve Him, but deny His very existence with every breath they take.  Think I’m making this up?  Consider for a moment all the different kinds of idols people worship today.  There are the obvious ones: money, clothes, cars, houses, and power.  Then again their are the subtle ones, sports superstars, celebrities, politicians, etc.  We’ve actually adopted the mentality as a cultural icon, as millions cast their vote live for the next American Idol.  If you’re like me, its fun to watch these folks compete.  By the end of the show, most of the time, the one who wins the contract and fame is really pretty talented. But an idol?  We’ve substituted these things or these people as objects of our worship, without considering at all how the One we should be worshiping feels about it.

Oversimplifying?  Ok, one more example.  The past two democratic presidents have both said and done many of the same things the current president is saying and doing.  The most recent president was worshiped by many as the answer to the American, and venerated like a saint of “hope.”  The would-be democratic nominee was worshiped in the same way by many, and because she didn’t win, they are on the longest temper tirade I’ve witnessed in my lifetime.  Because their eyes are turned away from God and on the human they worship, their minds have become clouded and deluded by pride and arrogance.  They have not worshiped the God of Creation for so long, they do not know Him.  God has been replaced by an idol.