The smile.
The frown.

Just a few of the faces I’ve seen.
All coming from one set of muscles designed to demonstrate unlimited tales of emotion.

The face.
Yours is beyond beautiful.

The lines of time in all the right places, enhancing your glow, casting spells on all who care to see.  The eyes, nose, cheeks, lips all perfectly placed, what a marvelous creation.

Each expression a diamond mine to explore until time is no more.
And even then, there would be no end to the joy that is your face.

Mine seems to be one dimensional compared to yours.
I lack the luster, and grace of the excitement of your eyes.

My nose just sits there whether I talk or listen.
Yours with all it’s tiny curls and twitches brings brilliance to every laugh, drama to every tear.

My lips too long have drawn taunt with frustration, anger, depression.
Yours always inviting conversation and the taste of life and love.

Why is it that women’s faces are always so beautiful, and men’s always so worn and chiseled?  It doesn’t seem fair until I realize one simple truth.

And to facilitate that end, God in his infinite wisdom gave man the greatest of all gifts.
The faces of the woman he loves. 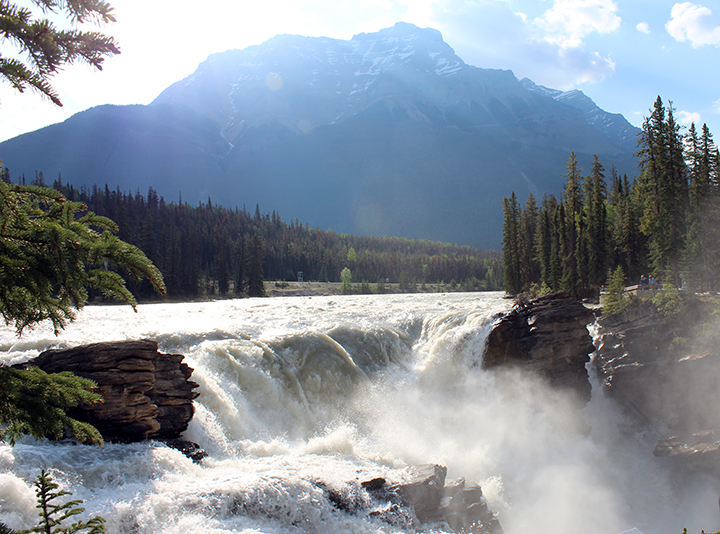 And I heard a sound from heaven like the roar of rushing waters and like a loud peal of thunder. The sound I heard was like that of harpists playing their harps.

The sound of this water was so loud I could barely think.  But what I thought was this verse describing a worship scene that even John struggled to describe.

May the light of God in Jesus Christ shine bright upon you today, and His love and grace fill your life with blessing unspeakable.

In these confusing days of intolerance, judgment, and hate I’m reminded of these words written thousands of years ago:

“What has been will be again, what has been done will be done again; there is nothing new under the sun.” [Ecclesiastes 1:9]

What stirred this thought process for me was an article on the Fox News Website this morning, click here to read it for yourself.  According to Fox News, “Kevin Nicholson is a decorated Marine Corps veteran who served combat tours in both Iraq and Afghanistan. Following his time in the Marine Corps, he earned a joint degree at Harvard’s Kennedy School of Government (Master of Public Administration) and Dartmouth’s Tuck School of Business (Master of Business Administration). He then worked for McKinsey & Co., and now works for ghSmart as a business consultant. He is a first-time candidate in the Wisconsin Republican primary for U.S. Senate.”  Now here is a man I could get behind and support without question.

Yet, as I read this article, an overwhelming sense of sadness came upon me.  What the author of Ecclesiastes wrote is true throughout the ages.  Intolerance will be around until the end of time itself, repeating with fervor ever so often, rising again and again to claim its victims.  One very famous victim of intolerance had a lot to say about the #walkaway concept.

In His teaching, Jesus went on to talk about hate, anger, revenge and other volatile topics ending with these words…

“You have heard the law that says, ‘Love your neighbor’ and hate your enemy.  But I say, love your enemies!  Pray for those who persecute you! In that way, you will be acting as true children of your Father in heaven. For he gives his sunlight to both the evil and the good, and he sends rain on the just and the unjust alike. If you love only those who love you, what reward is there for that? Even corrupt tax collectors do that much. If you are kind only to your friends, how are you different from anyone else? Even pagans do that.” [vs. 43-47]

There comes a time when dealing with intolerant judgers and haters requires a person to just #WalkAway.  Jesus said this too.  When His disciples were met with ridicule or persecution after preaching the gospel in a given city, Jesus instructed them:

But if any place refuses to welcome you or listen to you, shake its dust from your feet as you leave to show that you have abandoned those people to their fate.

He never said this life would be easy.   He never promised we would only walk through rose gardens, and only smell the roses.  In fact He said,

Today on the front page headlines we find Kevin Nicholson’s story and see these words fulfilled:

I’m running for Senate as a Republican. My Democrat parents are so furious they’re backing my opponent

The most important thing you can take away from this blog today is this:  God’s WORD is absolutely true.  There is nothing new that God hasn’t seen, or already said is coming.

So, if you want to find your way in this crazy world, the place to seek your path is in the word of God.  It was true then… it’s true still, today.

It’s been almost 2 weeks since my last post, but I can explain.  Perhaps the best explanation is this image.  My wife and I love to play golf together, and we look forward to many golf trips in the future.  If you follow this blog you’ll know that we just returned from a trip to Canada where we toured the Rocky Mountains and saw amazing sights along the way.  One of our two-night stops was at the Jasper Fairmont Lodge, in Jasper, Alberta, Canada.  This photo perspective is from the first tee of the JFL Golf Course.  We didn’t get to play that day, the course was having some teenage tournament, and behind us (not in the photo) were several bus loads of kids about to tackle this course.

So with that context, the reason I haven’t written in a couple of weeks is that upon our return from vacation it became apparent that if we were to go on many more vacations involving hiking, or golfing, my wife was in need of a total knee replacement.  Eleven days ago, she had this surgical procedure done.  We go back to the doctor tomorrow to get the staples removed.  Then, in about another month or so, we’ll be back out on the golf course chasing that little white ball.  As a result, I’ve been out of touch and haven’t even been at my computer much.

This morning I travelled 2,107 miles in my mind, standing once again on this first tee box, imagining what it would be like to play this course.  What strikes me now, stuck me then, that I might have trouble focusing on my swing because I was so distracted by the beauty of the surrounding terrain.  The blue hue of the mountains, the almost fall-look of the forrest, and the brilliant gleaming green of the fairways was a truly awesome sight.  I wondered then, and I wonder now, if those kids realized how blessed they were to play in such a grand place.

As I write this, I can almost smell the cool air drifting down the fairway as the breeze quickens, the leaves rustle in nearby trees, and the branches move at the tops like soldiers saluting a passing general.  On this day, just like that day in May, I’m reminded of God’s glory, and how blessed I am to know He is in sovereign control of all of life.

Thank you God for the beauty of this world, and thank you that my wife is healing well, and that soon we’ll be venturing outdoors again to experience your creation among the greens.

1 Corinthians 2:9   That is what the Scriptures mean when they say, “No eye has seen, no ear has heard, and no mind has imagined what God has prepared for those who love him.”