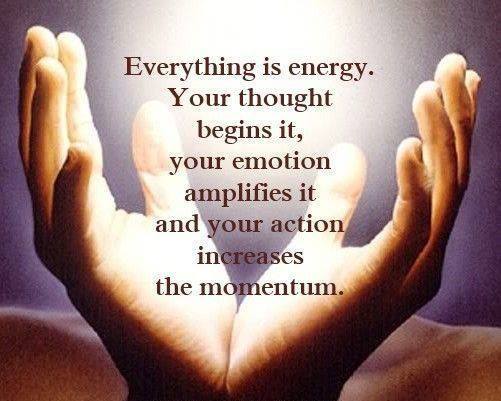 Emerging from my slumber, and after an invigorating hot shower and shave, I’ve sat at my computer early this morning, pondering today’s word, “radiate.”  Going through my normal routine and practices of inspiration for writing, I stumbled over this image.  Right about now, I’m not necessarily feeling all that energetic.  However, as I examine my activities for yesterday’s article, and how it began with a thought, was energized and amplified by my emotions, the momentum carried through in writing the article.  Which happens regularly for me during these morning meditations.  If you missed yesterday, click here.

Everything is energy beginning with thought.  If this is true, then don’t the words of Scripture just leap right out of these words and into your minds?  Let me help you.

When I’m caught up in the truth of who God is, [He is LORD], and think on all His attributes [see verse above], I’m often overcome with emotion.  Some have called this weakness, or not very manly.  I was often looked on with condescension in Seminary by those who took a more stoic approach to interpreting scripture, or preaching the grace of God.  I just didn’t get that.  I couldn’t understand how someone in the face of it all, could be so emotionless about the eminence and grace of God.  I found myself smiling and the simple phrase came back to me: “God is good all the time.  And all the time God is good!”  These words can fuel a person’s energy in unlimited ways, because with this truth nothing can stop His goodness.

The Lord Jesus Christ is excellent and praiseworthy!  He is true (truth itself – His claim), noble, right, pure, lovely and admirable.  So, here’s the thing…  where is the glory of his eminence today?

What is going on with those of us who call ourselves Christians, that the world is not compelled to come to this same experience?  Is the power of the god of this world, Satan, so strong that he is capable of holding back the forces which Jesus said even the gates of hell couldn’t prevent? (Matthew 16:18)  Perhaps the problem is as simple as the interpretation of this one verse.  Some churches and some preachers have the interpretive mentality that the church is a fortress, and there should be gates to keep the heinous out, to protect the innocent (saved) inside.  They see the verse saying the church is being attacked and standing strong against an evil army.  While the fact of it may be true, this verse isn’t saying that.

However, this interpretation is the very antithesis of what Jesus meant.  We are the army, and we should be on the front-lines of the battle.  It is the very core meaning of the last instructions Jesus gave His followers:  go make disciples (Matthew 28:19-20).  Actually in the original language it says, “As you are going…make disciples” which means every single day of the rest of your life, the job is to emanate His eminence.  The energy placed inside of you at salvation, fueled by emotion (dedication), and amplified into action, gains momentum as you seek to think daily on God’s attributes and Lordship. This energy should transform you into a beacon of hope to a lost and dying world. (Matthew 5:16)

Doesn’t this sound like something worth pursuing?  Are you doing anything today?  If you are let me ask you, “why?”  Have you given any thought to the energy you will expend, and whether or not it might have eternal value?  Whatever you do today, I’m sure will be important, or you wouldn’t plan to be involved.  The question is…

While going and doing today, will you emanate His eminence?

Have you ever known someone so exuberant, so passionately fanatical about something it made you feel apathetic or indifferent in comparison, even though you both were saying the same thing?  I’m always annoyed by those guys who can quote baseball or football statistics from 15 years ago, like it was front page news.  Who cares who hit .323 and is headed for the Hall of Fame as a 3rd baseman? Avid people do, apparently.

I really like playing golf.  In fact I probably would be called “avid” by people who don’t like golf.  However, as avid as I might be about the sport, and while I do have opinions which I tend to be passionate about regarding the game, I’m not zealous about it.  Well, let me think about that again.  Maybe I am.

A Zealot is a fanatical partisan, but more specifically a religious zealot.  When applied to a specific group a Zealot was a member of a fanatical sect of Jews in Judea during the first century A.D., which opposed the Roman domination of Palestine so much they regularly planned assassinations of key Roman leaders in the middle east.  Today we would call them Terrorists.  The Zealots were the most radical of rebels within Israel, finally making a stand against Rome at a great fortress called Masada.  Here some 1,000 Zealots fought for a time, and when it became apparent the Roman army was going to overtake them, committed suicide rather than be captured alive.  Zealot came to mean someone who is passionately dedicated to some cause.  They weren’t just avid in joining the opposition to Roman rule, they were zealously called Zealots.  It rings of “give me liberty or give me death!”

The apostle Paul was zealous, yet not a Zealot in this political sense.  Paul was so passionate about convincing everyone he came into contact with, that Jesus was the Living Christ, that his whole existence was devoted to this cause.  Paul ate the job, talked the job, walked the job, slept the job.  Paul was the job.  If the job is “making disciples” like Jesus commanded us all to do (Matthew 28:19-20).  Paul’s overwhelming commitment to the task, makes me look like an amateur playing against the professionals.  Paul’s eloquence about Jesus makes my puny little articles seem like kindergarten text.

Even though my life-long goal has been to speak, teach, preach, and now write in such a way that people come to know God better, and entrust their lives to Jesus, compared to Paul, I seem like just an average avid “fan” of God, rather than a “fully-devoted follower of Christ.”  I hear in Paul’s words a message of encouragement to keep trying though.  Paul really doesn’t want me, or you, or anyone to compare ourselves to him.  He wants us all to use what we have, do what we can, and leave the results up to God’s own Holy Spirit.

There are very few people today who can live the zealous lifestyle of the apostle Paul, making their life-focus the gospel of Jesus, becoming all things to all men, so that by some means God will save some.  Yet, God doesn’t call us to be Paul.  God calls me to be me.  God calls you to be you.  And in this calling, God wants to use you to bring Him glory, experience His grace, and do whatever is necessary so that He can win some, save some, around you.

My desire is to become as zealous about speaking out for Christ, as I am about discussing golf.

I remember one particularly brutal Halloween about 1996 or so, when the weather started out fine, but by mid-day the north wind was howling, the temperature dropped, and a storm was coming for sure.  Weather in Texas is like that sometimes.  The only down side to this particular day was the fact that I was scheduled to sit in a dunking booth to raise money for our Youth department to take a mission trip.  Good natured as I am, I committed to sit in freezing weather while everyone threw baseballs at a target, all in the hope they would strike the plate that would immerse me in ice cold water.  I’ve never been a fan of dunking booths since.

I was able to use this illustration though many times about what immersion really means.  Growing up in West Texas, I was always partial to southwestern slang.  I listened as a young man when our pastor would teach about baptism, he described it as “We dunk ’em under till they bubble.”  Everyone laughed, even after years of hearing it, we knew it wasn’t true, but it was fun to watch the newbies about to be baptized and see them grimace and squirm. 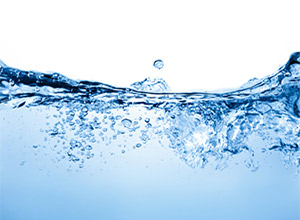 Did you know there is more to this whole immerse thing we call baptism, and that there are actually Biblical images seldom taught about the whole experience?  Jesus gave His followers a very simple three step commission about how to begin and to build the church after He ascended back to heaven.  Matthew 28:19-20 says, “Go, therefore, and make disciples of all nations, baptizing them in the name of the Father and of the Son and of the Holy Spirit, teaching them to observe everything I have commanded you. And remember, I am with you always, to the end of the age.”

People who take that initial step across the line of faith and believe in Jesus as savior, are called disciples here.  The very first step of obedience in discipleship is to be baptized.  The original Greek word used in this verse is βαπτίζω (bap-tid’-zo), and means to submerge, or immerse.  I believe Jesus used this word on purpose to illustrate what actually should happen when a person becomes a new believer.  In the first century when people would make robes for the rich, they would take fine fabric and immerse the material in a vat of dye.  They would used wooden paddles to make sure every part of the fabric was immersed and absorbed the dye into every single strand.  Jesus used this illustration to help the early disciples know that baptism means that we are giving every fiber of our being to the Lordship of Jesus Christ in baptism.  We recognize he has rescued us from darkness, and brought us into His marvelous light.  Therefore we give to Him, our complete and total self in the act of baptism… we are immersed in Christ.

Today, folks around the world find all sorts of activities to immerse themselves in, including sports, politics, their job, chasing money, clothes, cars and power.  When a person finds their true purpose for living is to bring God glory, they are only able to stop chasing these other pursuits, by immersing themselves in learning all that God wants them to learn from His word.  That’s why the last part of the commission is to teach these new disciples, how to be disciples.  My goal today is to help new disciples young and old to learn about our future on earth, and our future in heaven.  Your can read more about that here.

What have you immersed your life into?