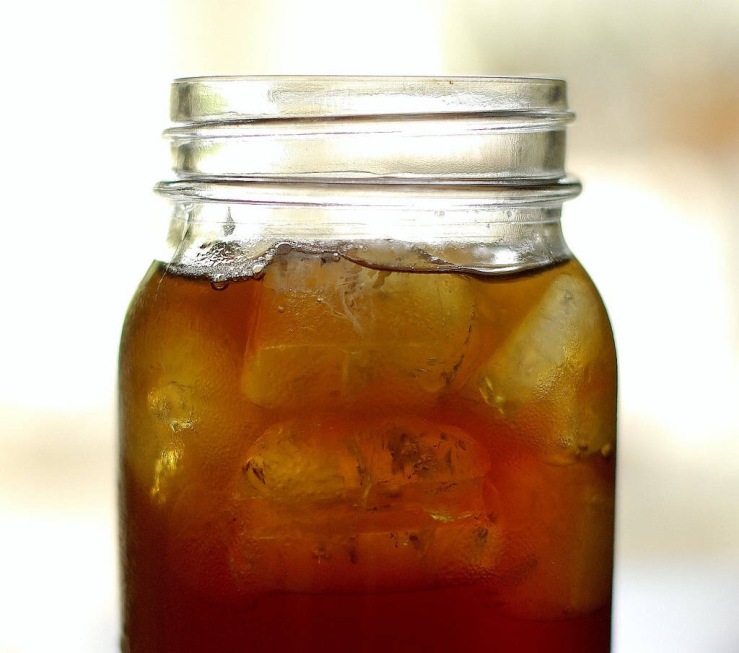 Well, another Memorial Day weekend brings with it the heat of summer in Texas.  On those blustery sand filled days in West Texas when I was growing up, one of my strongest memories is my mother’s brewed sweet iced tea.  It was heaven on earth to me, so thirst quenching and delicious.  Even now, some 34 years since she’s graduated to heaven, when I’m at a restaurant that mimics this nectar even close to what she did, I smile and think of her.

When I was about ten years old, my dad worked for El Paso Natural Gas, doing shift work, days, evenings, or what they called the “grave yard” shift.  When dad worked “days” one of us kids would take his lunch to him in a lunch pail, along with a quart jar of mom’s best tea.  One day it was my turn, and I remember it like it was yesterday.  Remember now, I was just a young kid, but that day was a day of great import for me.  It must have been 100 degrees at a minimum, I thought I was late because my mom had said “hurry up son, your dad will be waiting.” I began to run, a 10-year old’s run. And wouldn’t you know it… I stumbled… fell… and that quart jar of tea burst into a shattered puddle of mud on the parched earth beneath.  I just knew my dad would be furious, and I began to weep.

Picking myself up, I ran own, and he saw me coming, smiling that “dad” smile. Then he saw that I was crying and asked what happened.  Of course I told him of my failure to bring the tea, and then my dad wrapped those huge loving arms around me and said, “son, it’s ok.”  He took me over to the “coke machine” and bought us both a soft drink.  We sat together and he had his lunch and told me that we all fall down sometimes.  We can’t let it get to us, we just have to get up, and go again.  At that moment I believed my dad could fix anything, but mostly he demonstrated in a tangible way, something missing in this world today.  Grace is looking past someone’s failure, and offering them acceptance, love, forgiveness and mercy, even if they don’t deserve it.

Did I drop the tea on purpose, no.  Was I acting out in rebellion, no.  Could I have held it tighter, perhaps.  Regardless, of what caused me to stumble, whether I was running too fast, or there was a bump I didn’t see, the tea was lost.  But I was found.  My dad found me crying, and he soothed me with his grace.  He offered to give me a drink, which probably cost him his afternoon break drink.  He was in that moment everything I knew about God Himself.  It was for me then, and it continues to be for me now, a great example of a father’s love.

John 3:16
For God so loved the world, that He gave His only begotten Son, that whoever believes in Him shall not perish, but shall have eternal life.

2 thoughts on “My Mother’s Ice Tea: Infused with Grace”