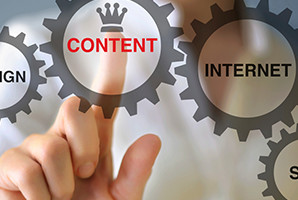 I know for a fact that truth is stranger than fiction.  All the tall tales about dragons and unicorns combined are not as strange as the continuing saga that is Hillary Clinton’s loss in the election.  People’s imaginations, including Hillary’s, have run wild, dreaming up all the reasons why President Trump won, and the list grows every day.  Two days ago Mark Steyn sat in for Rush Limbaugh and discussed how Hillary now blames the “Content Farmers” for her loss.  I thought He was making this up.  And in fact, he was being sarcastically funny, but the fact is she said it.  She’s blamed the Russians, the FBI director, the DNC, former President Obama, Anti-American “forces”, low-information voters, high-information voters, stupid Republicans, Bernie sanders, incompetent pollsters, rural women, misogynists, suburban women, the New York Times, Fox news, and fake news.  She blames social media, Facebook, Twitter, and yes, “content farms.”  At a tech conference in Silicon Valley on Wednesday this week she said, “The other side was using content that was just flat-out-false, and delivering it in a very personalized way, both sort of above the radar screen and below.”  Read the article, click here.  In the end she basically said if only stupid people had voted for her, she would be in the Oval.  Here’s the thing, I’m not stupid.

Do you know what a content farmer is?  Here is the formal definition in Wikipedia:

In the context of the World Wide Web, a content farm (or content mill) is a company that employs large numbers of freelance writers to generate large amounts of textual content which is specifically designed to satisfy algorithms for maximal retrieval by automated search engines.

I didn’t make this up.  There are real companies, with real people, who do nothing but sit at computers all day long, cranking out large volumes of articles a day, (4,000 a day is not uncommon).  The content of these articles is low quality, written with the specific intent of being discovered by search engines, to improve their rankings and move them to the top in rankings.  Hillary is suggesting that the DNC and Trump campaign used these companies to skew the election in some way.  Now that’s what I call a vivid imagination.

It’s always easier to blame someone else, or something else, for our failures isn’t it.  I find it fascinating that in all of this nonsense, and the huge list of people to blame for her loss, there is not one mention that it could even remotely be her fault.  It is beyond reason or imagination in her mind that she should have lost, so it had to be someone else who caused it.

Is there a lesson here for the common man and woman in the world today?  You betcha.

We all make mistakes, some bigger than others, some on a grand blunderous scale.  When you do, or when I do, let’s simply own it.  Let’s just admit, “my bad”, take our lumps and try not to repeat the blunder.  Imagining all the reasons or people to blame for our blunders doesn’t make it true.  This reasoning makes it mythology or make-believe.

Now for the truly frightening aspect of what happens when we don’t just ‘fess up.  We will someday stand before a Creator-God who will be all too well-informed with all our blunders.  He will have full knowledge of just how wrong we are, and when we try to make excuses, or blame someone or something else for our mess-ups, He will not have any of it.  Imaginary phrases like “the devil made me do it,” will not work with Him either.  Let’s at least be honest and admit what the Bible states all too clearly.

Romans 3:23
For all have sinned and fall short of the glory of God.

Romans 6:23
For the wages of sin is death, but the free gift of God is eternal in Christ Jesus our Lord.

Romans 5:8
But God demonstrates His own love toward us, in that while we were yet sinners, Christ died for us.

Romans 10:9-10
If you confess with your mouth Jesus as Lord, and believe in your heart that God raised Him from the dead, you will be saved; for with the heart a person believes, resulting in righteousness, and with the mouth he confesses, resulting in salvation.

Whatever you do, don’t be like Hillary Clinton, finding no fault in herself, and only blaming everyone else around her for her own failures.  Own it.  We are not perfect people and we fail miserably many times.  Admit to yourself and to God, you aren’t everything God designed the perfect human to be.  There was only one perfect human and we are not Him.  But He came, Jesus came, so we could be in right relationship to the God of the universe and our Creator.

Paul was more than just a low-quality content farmer.  His writings are more than just mythology and make-believe.  The apostle Paul was called to preach and teach and write the very words of God to us today.  Don’t be led astray by the mindless meanderings of those who think themselves God’s gift to the planet.

There is only one Gift – His name is Jesus.