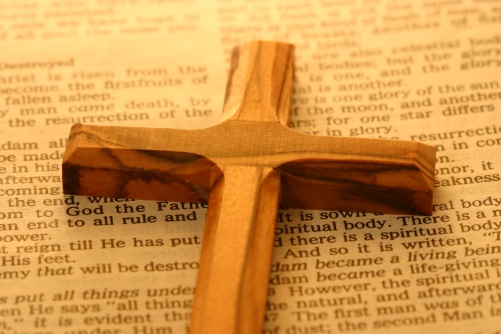 No one seems to believe me.  He showed up like the tender new bloom on a very old plant.  He wasn’t handsome like some others, so we ignored him completely.  It’s not like he was royalty, or held some olympian quality, that somehow we would be drawn to him, or attracted to him.  In fact it seems his destiny was to be betrayed and hated.  His whole life would be associated with pain, and grief; and because of this, most people just turned away, not even willing to show their face in his direction.  The majority despised him, rather than value him.

Yet, here’s the thing.  He took on himself every pain, grief, hurt, or curse we ever have, or ever will face.  In doing this, the people saw him as cursed by God.  When the spear pierced his side, it was for our sins, all of us.  When the full crushing weight of judgment came upon him it was for our iniquities.  The full punishment, which brutally tore the flesh from his bones, was given so that we might be healed.

The world turned away then, and has not turned back since.  And God put the consequences of all this turning away, on him.  What was his response?

Cruelly and sadistically beaten he didn’t open his mouth once.  It was like watching a small sheep being led to the butcher’s slaughter house.  He was taken outside the city walls and treated like a murderer or thief.  As a result many judged him harshly, assuming him to be cut off from everyone and everything. When he finally died, he was supposed to be thrown onto the burning heat of Gehenna with the two other criminals who died that day.  Instead, a rich man saw fit to put him in a private tomb, because in his estimation the supposed criminal was neither violent nor deceitful.

The ancient prophet said that God was pleased to crush him this way, to cause this grief.  God was pleased?  Yes, because it was the man’s own choice to suffer in this way.  The man chose to die as a substitute, and in this way, (according to the prophet), establish his offspring, prolong his days, and realize prosperity from God’s own hand.  Illogical, or counter-intuitive as it sounds, unpredictable as it may have been, the results are stated clearly.

Through this savage grace the man will see the promises fulfilled, and he will be satisfied.  God knew it ahead of time, because of this one, God’s Servant, many will be justified and redeemed because this Servant took their sin on himself .

How does this story end?

Because he died, because he gave himself in this way, because he “bore the sin of many and interceded for the transgressors,” God’s savage grace is complete.

This is a true story, written some 400 years before the events took place.  Isaiah was used by God in an amazing way.  The overwhelming truth of the matter is how God inspired Isaiah to write with such accuracy about the purpose of Jesus Christ coming to earth in the first place.  Such a rich and ferocious look into the love of God, demonstrated in His Son,  is found in Isaiah 53.

Do yourself a favor and read it all, the whole thing, for yourself.  It won’t take you but a few minutes.  Even with a cursory reading, quick and without studying any particular verse, you should be able to see yourself in the story.