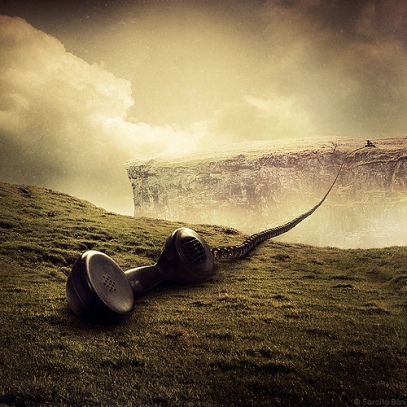 This was the catch-phrase of the famous Verizon cell phone commercials that began in 2002 and ran for 9 years, where the Test Man would wander around saying “Can you hear me now?” If the STANDARD of the cellphone industry is supposed to be seamless voice and data over cellular signals, regardless of terrain, we still aren’t there.  Dropped calls, garbled voices, and corrupted data connections are still prevalent in many places in the USA, and the rest of the world.  Even now we might say the providers who want us to believe they are the “best” providers (because they offer the best rates or data packages), are actually still just substandard.  As recent as May 2016 an article I read said that “Poor cell phone coverage creates a Mobile Divide.”  The article states:

Cornell researchers have mapped cell-phone signal strength across a large city, finding that low-income areas receive almost 15 percent less network coverage compared with their affluent counterparts.  The result is particularly significant in light of the fact that lower-income people tend to get most of their internet access only through their phones. Many also have no fixed land-line phone service at home, relying on cell phones at home and away. The Catch-22 is that regions with substandard access tend to become more economically depressed, encouraging service providers to continue to turn their attention to more affluent neighborhoods.

By any quantifying method, this reality is just substandard. Yet it is a great illustration of a much larger, universal truth.

Way back when this whole thing started, there was only one rule, one standard.  The man and the woman were instructed: in order to maintain communication and relationship standards with God, they were to refrain from eating the fruit of the tree of the knowledge of good and evil. (Genesis 2:16-17)  Unfortunately, Adam and Eve proved to be substandard on their ability to keep this one rule.

Realizing the inability of the first couple to keep the standard, they were ushered out of their cushy habitat into a world where toil and labor now filled their days.  Over time God determined He would call a singular nation of people to live by His Standards.  He led the Hebrew people out of Egyptian captivity, and into a land rich with the blessings of life.  Along the way, God laid out for them the Standards by which they were to live.  If they met these standards, God would bless them.  If they lived substandard lives, God would curse them.  Very simple stuff.

Yes, history has shown us that the substandard bent of the first couple, was also prevalent as an ingrained predisposition in the Hebrew nation as well.  Which ultimately caused the whole nation to be dispersed across the world.  While they were still a nation, their prophets continually spoke about a day when a Messiah, a Redeemer/Deliverer would come to save them from themselves and the bent to be substandard.  God’s word is clear, the LAW (Standard) was never given to them as a means of salvation, but as a vivid image of the importance of their faith in God alone to save them.

When Verizon, Sprint, or AT&T measure their performances in the cellular industry against each other, each can make a case for how they are the best in the business.  But if the Standard is: a ubiquitous cellular network providing seamless voice and data over cellular signals, regardless of terrain (or socio-economic neighborhoods), all of them are sub-standard.

In the same way, when we compare ourselves to others, we will always tend to come out looking pretty good.  Do this long enough and we begin to think not only are we pretty good, but we may be the best there is.  We might even be… no, we must be the Standard.  Only when we see ourselves as God sees us, will we understand that we don’t, and we won’t ever measure up to the Standard of Jesus’ life as a human.  We don’t align ourselves with God’s intentions or will, the same way Jesus did.  In a very real sense, God can only see us as Sub-standard.

What to do?  How can we change?  Where can we find God’s favor?

Romans 12:1-2
Therefore I urge you, brethren, by the mercies of God, to present your bodies a living and holy sacrifice, acceptable to God, which is your spiritual service of worship.  And do not be conformed to this world, but be transformed by the renewing of your mind, so that you may prove what the will of God is, that which is good and acceptable and perfect.

Can you hear me now?