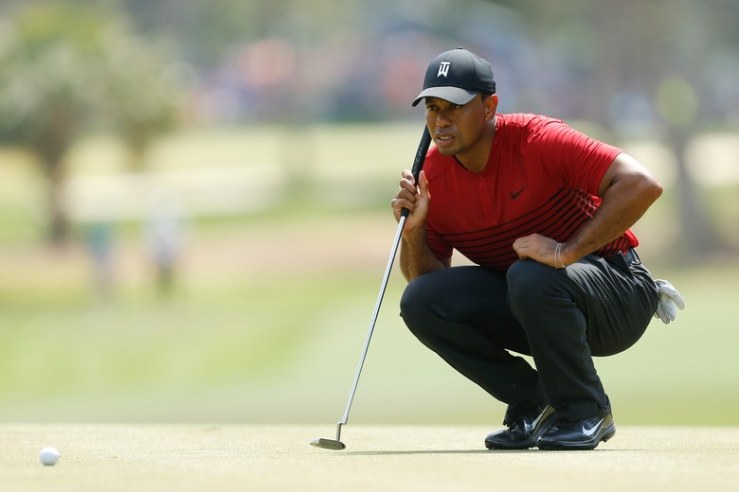 Tiger Woods staring down a putt at Innisbrook Valspar Championship was an awesome sight.  The resurgence of a career many if not most had all but deemed completely over just 6 short months ago.  However, given a few more laser iron shots like he hit in the first three rounds, or given a few chips that went in, or just a couple of putts that should’ve rolled out a few more inches, and the trophy was within his grasp.  I agree with Randall Mel of the golf channel, and his rant yesterday about these young guns on tour wanting Tiger to come back strong.  These boys need to be careful what they wish for.  To me the most telling stat in his article is Tiger’s record when holding or sharing the lead after 54 holes… Tiger won 47 out of 50 tournaments.  Those like myself who have always been a Tiger fan (his spiritual life or morals notwithstanding), if it’s golf you like to watch, at the top levels of how golf is to be played, then Tiger Woods is the guy.

Why would I say this?  It’s just math really.  Some, and perhaps rightly so, would say that Jack Nicklaus is the greatest golfer to ever play the game.   Many say this based solely on the Major championship titles held by Mr. Nicklaus, which is a staggering 18 titles.  Once again some have wondered if Tiger could ever achieve this height, along with all his other accomplishments.  Like…

So, it’s got to be more than just Majors right?  But what if it isn’t?  What if the only stat that matters in determining the greatest golfer, is number of Major titles won?  Is this really within Tiger’s grasp?  It’s been ten years now since Tiger won the 2008 U.S. Open, so does he have the stuff of Major Championship golf?  Maybe we should wait until this weekend and watch him at Arnie’s place before we decide.  But as we think on this matter consider this.  Tiger is 42 years old, and true he has had health issues, but he looked as good this weekend as he did when he was winning big time.  So how much does age factor in the Majors?

Check my facts if you must, but I’m pretty sure they are correct.

But in the end, Tiger’s looking awfully good for the possibility of doing something never done before (again)… by challenging Jack Nicklaus’s Major Title number.

I think it’s within his grasp… I’ll let you decide.