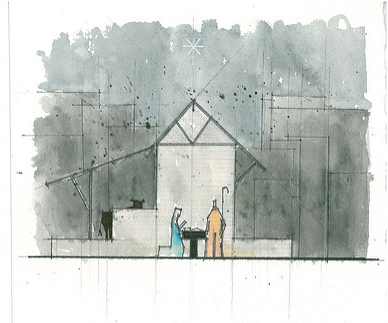 At this time of year, during the Christmas season, the word “Miraculous” gets passed around more than chips and dip at a Super Bowl party.  I’m convinced few people really have any clue what it means.

The reason I say this is that by definition, whatever event or occurrence this word is used to describe, the word demands the person using it believe in a supernatural power to intervene, and the “miracle” is the manifestation of that power.  It is used to describe the highly improbable, the extraordinary, the “only possible” through divine intervention.  And it usually includes a favorable outcome or consequence to the event.  Since many people using this word don’t believe in God, much less Santa, there’s a bit of hypocrisy in the over-use of this word.

But think about it from a larger perspective.  That God would use a man of the Old Testament to prophesy about a young girl from a no-name town, who would have a male-child (even though she was a virgin), and then for it to come true 400 years after the prophecy is revealed, now that’s miraculous.

Go larger, and see it from Jesus’ perspective.  The Son of God, in eternity past, before the world was ever created, looking across the eons of time, chose to come and be this male-child Savior of the world.  Emptying Himself of His God-ness, and shrouding Himself in human flesh, this baby became a young child who became the Man of God to stand in the gap for humanity.

But if you or I were to be able to ask God one question, and actually have the opportunity for God to answer this question, I believe my question would be, “Why did it happen this way?”

And I believe God’s answer to be, “It’s what I do.”  God does things differently than humans.  We define God’s actions to be “miraculous.”  Yet, from God’s perspective, it’s just what God does.  They are supernatural, inexplicable, unaccountable actions that define who He is, and what He does.

Ephesians 1:4
He chose us in Him before the foundation of the world, that we would be holy and blameless before Him.

Thank you God, for the miraculous work of salvation, found only in Jesus.