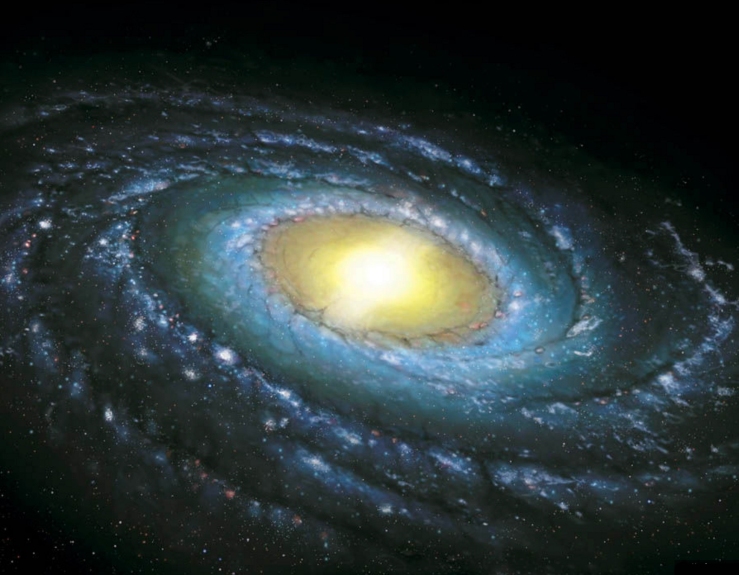 No, this is not the latest image of Hurricane Irma.  While it may have a similar look, two notable differences are obvious.  First, the rotation of this body (if it is indeed moving) is clockwise.  Hurricane Irma’s rotation is counter-clockwise.  Second, the image above is a photo of the Milky Way Galaxy taken from space.  Our tiny home, the Planet Earth, would be virtually impossible to locate in this image since our Sun is represented by only a tiny dot just north of the second band away from the center of the image.  These are known facts, representing limited or finite human knowledge.

Regarding Irma, every meteorologist in the western hemisphere is trying to predict Irma’s course, strength, and what will happen along the way.  But none of them have infinite knowledge or understanding which would enable them to be perfect in their predictions.   This storm is governed by the hand of God, and will yield only to, and in accord with, the commands of God.  In just the same way, the Milky Way Galaxy has been in place, and will stay in place because of God’s command.

Psalm 147:4
He counts the number of the stars; He gives names to all of them.

Psalm 8:3-4
When I consider Your heavens, the work of Your fingers, the moon and the stars, which You have ordained; what is man that You take thought of him, and the son of man that You care for him?

Why is it so important to yield to this awareness of exactly how finite our existence really is?  Because in the depraved darkness of an unyielding mind, there are those who see themselves as gods.  As though they had the ability to speak and sun, moon, stars, and planets would come into existence.  Or worse, that they can understand how these heavenly bodies came into existence without the help of a Creator, and tend to wax eloquent regarding the ignorance of those who believe the Genesis narrative.

Today, we should pray to the Creator of the Universe to spare those in the path of Irma, even as we pray for His providential care for those who have suffered through Harvey.

Today, we should pray for enlightenment to come to those who think they need no saving grace, that they would come to know they do.

Today, in our finite understanding, we should give glory to the Infinite Creator who loves us, and gave Himself to save us.