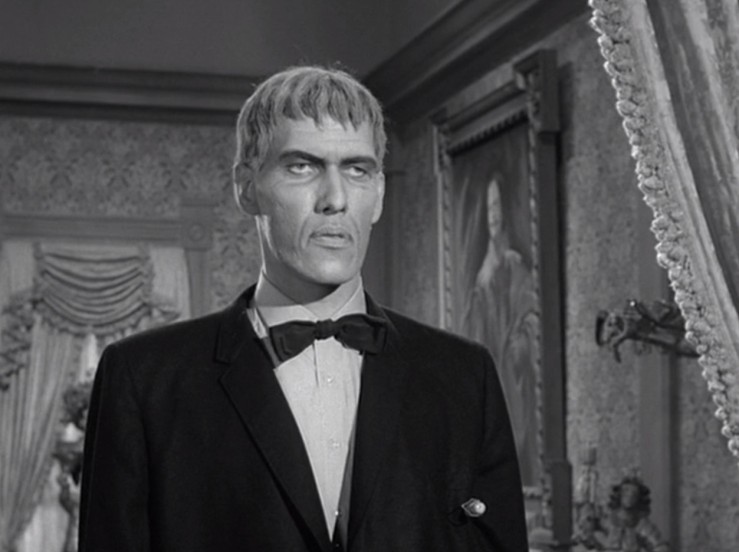 Who can forget the Frankenstein-like character originally created by American cartoonist Charles Addams?  First published in The New Yorker in 1938, John Astin and Carolyn Jones were the stars of the Addams Family, a live-action television series from 1964. The role of Gomez Addams’s man-servant, Lurch, was played by Ted Cassidy who coined the greeting, “You rang?”  Perhaps more like a zombie than Frankenstein, at 6 feet 9 inches the towering butler wanders about the house, often with a feather-duster, mumbling and moaning unintelligible utterances.  What has any of this to do with golf?

I once heard a golf instructor say to a student, “if you’re going to keep lurching at the ball, I can’t help you.”  I remember thinking that’s a funny word to use, since “Lurch” conjured in my mind an image of the Addam’s Family butler character.  What’s interesting to me looking back, is how perfect a word it was at the time.  The instructor was trying to communicate to his student how important it is to stay centered and stable throughout the golf swing.  Some synonyms for “lurch” are: stagger, stumble, wobble, sway, reel, roll, weave, pitch, totter, rock, toss, jerk, shake, or teeter.  Should you do any of these things when making a golf swing?  Obviously not.

After creating a firm foundation, the balanced and smooth golf swing will produce amazing results.  Lurch at the ball usually means something in the foundation is off either beginning, during, or at the end of the swing.  More often than not, it simply means you swing down and through too hard, messing up the timing and tempo of the shot.  Any one, or a combination of several of the synonyms above, enacted during the golf swing usually produces disastrous results.

Spiritually, I often feel like one or both of these examples of “lurch.”  Either I’m just like Lurch, stomping around moaning and mumbling unintelligible utterances, or I’m wobbling, jerking, and about to teeter off my foundation.  Usually these feelings come upon me when I’m doing all this “Christian Living” thing in my own power, with my own expectations of what my life has or ever will accomplish.

Paul the Apostle wrote about what the foundation of our lives should be in 1 Corinthians 3.  He wrote to the church in Corinth about how jealousy and strife among those in the church make them appear to have never heard the truth of the gospel at all.  The bickering and infighting among supposedly Christian men and women weighed heavy on Paul’s heart, so he wrote words of correction and instruction, which still apply to us today.

1 Corinthians 3:10-15
According to the grace of God which was given to me, like a wise master builder I laid a foundation, and another is building on it. But each man must be careful how he builds on it.  For no man can lay a foundation other than the one which is laid, which is Jesus Christ.  Now if any man builds on the foundation with gold, silver, precious stones, wood, hay, straw, each man’s work will become evident; for the day will show it because it is to be revealed with fire, and the fire itself will test the quality of each man’s work.  If any man’s work which he has built on it remains, he will receive a reward.  If any man’s work is burned up, he will suffer loss; but he himself will be saved, yet so as through fire.

On Tuesdays when I participate in the Senior Men’s Golf Association weekly tournament, I see all kinds of golf swings.  I’ve seen some swings that make me wonder how the guy ever makes contact with the ball.  Most of the swings are built from a hodgepodge of suggestions the men have heard over the years, and they have grooved those instructions into something that works for them.  It doesn’t work well most of the time, but for them that’s ok.

Living for Christ in today’s world, I wonder if we don’t often look like these struggling golfers because we’ve taken a hodgepodge approach to all the instruction of our past, relying heavily on the teachings of men, rather than the clear instruction of scripture.  We tend to find the things out of the Bible that make us feel good, or stroke our particular spiritual beliefs, while ignoring other instructions that might actually help us live in better relationship with God and with others.  I have heard so many different interpretations of the 1 Corinthians passage above.  But look at it in total, and see the essence of what it’s saying.

How sad, after lurching about through this life, that we should be saved by the fire, only to discover we pretty much missed the boat on how to be a true Christ-follower here!

What’s a struggling Christ-follower to do?

1 Timothy 6:17-19
Instruct those who are rich in this present world not to be conceited or to fix their hope on the uncertainty of riches, but on God, who richly supplies us with all things to enjoy.  Instruct them to do good, to be rich in good works, to be generous and ready to share, storing up for themselves the treasure of a good foundation for the future, so that they may take hold of that which is life indeed.

So which image fits you today?

A Frankenstein-look-alike, lurching about with unintelligible utterances?
A hodgepodge golfer who sways, teeters or lurches at the ball, never making solid contact?

A true Christ-follower who is building their thoughts, motives, and expressions of life on the foundation of Jesus Christ?

You get to choose, which you want to be.