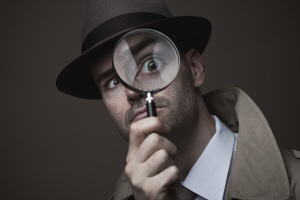 I’ve got a sneaking suspicion that more people than not, actually do realize the importance of first impressions.  Dress for success is more than just a quaint turn of phrase.  “Putting a good face on it,” and “not just another pretty face,” are similar turns on a phrase but with drastically different meanings about impressions we make.  “Beauty is only skin deep, but ugly goes all the way to the bone,” often used in a deragatory way, can actually be the impression – that what is on the inside of a person can’t be hidden by makeup or good looks.  We all make impressions.  You have one of me right now as you read these words, and it might simply be, “where is he going with all this?”

The fact is that just because we have an impression of someone, based either on their skin cover (looks), skin color,  their dress (clothes), their speech, or their actions (behavior), doesn’t mean we actually know them.  None of these characteristics will speak to who that person really is, what motivates their behavior, or whether they like the rest of us actually have feelings that get hurt when people judge them on first impressions.  As you know, some people can be really short sighted and mean just based on a quick visual judgment.  Just because a person stumbles occasionally over words or word patterns doesn’t mean they are unintelligent.  For example, the liberal media made fun of former President George W. Bush for his easy going, Texas drawl, that often came out as something less than the perfect diction of a stage actor.  His speech notwithstanding, this man is brilliant.  He has a heart of gold.  He is doing Herculean things to help the veterans of our armed forces.  And in general, President Bush is a man to be honored, respected and admired.  First impressions can be deceiving.

Take for instance some people’s view of God.  I’m confident that many people have acted toward God based on first impressions.  Some have the impression that God – if He exists at all, and if He were actually responsible for creating this ole mess of a world – has simply left us to our own devices, and is busy somewhere out there doing something else, and we are own our own.  Of course nothing could be further from the truth, but this is an impression developed without knowing God personally in any sense of the word “knowing.”

Some people are a little more generous in their impression, suggesting that He is still out there, but He is a hateful, mean God, or there simply wouldn’t be such suffering in the world today.  They look around at the injustice of it all, that terrorists should kill 22 innocents at a music concert is somehow God’s fault, because if He truly cared about us, He would prevent these kinds of things from happening.  Again, this impression could not be further from the truth.  Yet, the impression is based in not knowing God at all personally, but simply aquiessing to His existence.

Others are caught between wanting to know this God of Creation, but can’t quite balance the disparity between God’s love found in Christ Jesus, and the previously mentioned pain and suffering in the world.  They want to accept that God intervenes, but from the distance of their first impressions, they don’t see it as true in their own life, so they can’t quite trust in the truth of it.  Again, just like the ones described above, these impressions are based on not knowing Him.  So, there’s the rub.

The thing is, that a person will never get over the first impressions of another person, or the God of Creation without taking specific steps to be in relationship with that person over time.  Investing time in another person takes tremendous effort, and some simply decide in their arrogance that one swift look of evaluation is all they need.  Unless willing to invest beyond this fist impression, one can not know the person they judge, or the God they fear.

Jeremiah gives us clarity on the issue of the misguidedness of first impressions.

You will seek Me and you will find Me when you search for Me with all your heart.

2 thoughts on “More than a Hunch”