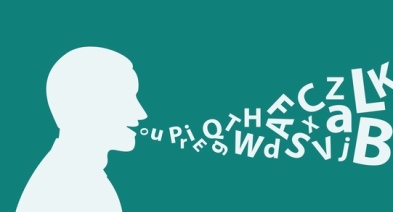 The now famous quote of Alan Greenspan is the perfect example of nuance in spoken communications.  “I know you think you understand what you thought I said, but I’m not sure you realize that what you heard is not what I meant.”  For those not familiar with Alan Greenspan, he is an economist who from 1987 to 2006 was chairman of the Board of Governors of the Federal Reserve of the United States. Now he works in the private sector giving advice, making speeches, and consulting through Greenspan Associates LLC.

The subtle differences in inferences, implications, insinuations, intimations, and indications also speak of the nuances of our English language.  When someone says, “Just say what you mean,” it is a request for honest, truthful verbal expression of state of mind or intention.  But “meaning what you say” is about that person matching their subsequent behavior or action in ways that are consistent with what was said.  Nuance.

Robert K. Merton is credited with naming and popularizing the “law of unintended consequences.”  He says we act, determined to accomplish certain purposes, but there are often results that we did not anticipate that happen as well – unintended consequences. Nuance in our speech often has this same net effect or result. When we look for biblical models, we don’t have to look very far.

In the eighth chapter of John, after Jesus forgives an adulterous woman, John records a lengthly conversation about truth and freedom.  In the crowd that had gathered, there were those who believed in Him.  So Jesus said to these believing Jews, “If you continue in My word, you really are My disciples.  You will know the truth, and the truth will set you free.”  Which was immediately perceived as a poke at their Roman servitude. So the crowd responds, “We are descendants of Abraham, and we have never been enslaved to anyone.  How can you say, ‘You will become free.’” Clearly these men needed another history lesson of the Hebrew people.

Here comes the nuance of the conversation: Jesus was speaking of spiritual truth, and they were hearing in literal worldview terminology.  The consequence: while the word “believe” in verse 30 might imply “faith,” the nature and context of the dialogue insists “believe” is better translated “intellectual understanding” not saving faith.  This becomes crystal clear in the ensuing conversation.

Jesus responded, “I assure you: Everyone who commits sin is a slave of sin.  A slave does not remain in the household forever, but a son does remain forever.Therefore, if the Son sets you free, you really will be free.  I know you are descendants of Abraham, but you are trying to kill Me because My word is not welcome among you. I speak what I have seen in the presence of the Father; therefore, you do what you have heard from your father.”

They replied, “Our father is Abraham!”

Jesus told them, “If you were Abraham’s children, you would do what Abraham did. But now you are trying to kill Me, a man who has told you the truth that I heard from God. Abraham did not do this!  You’re doing what your father does.”

They replied, “We have one Father – God.”

Jesus said to them, “If God were your Father, you would love Me, because I came from God and I am here. For I didn’t come on My own, but He sent Me. Why don’t you understand what I say? Because you cannot listen to My word. You are of your father the Devil, and you want to carry out your father’s desires. He was a murderer from the beginning and has not stood in the truth, because there is no truth in him. When he tells a lie, he speaks from his own nature, because he is a liar and the father of liars.Yet because I tell the truth, you do not believe Me. Who among you can convict Me of sin? If I tell the truth, why don’t you believe Me? The one who is from God listens to God’s words. This is why you don’t listen, because you are not from God.“

At the end of this conversation, John says they picked up stones to throw at Him.
[John 8:30-59]

How does this apply today?  The subtle shift in spiritual thinking today is found when liberal theologians, pastors, and bible teachers compromise the Word of God by twisting the words to imply or insinuate something God would never say.  The Bible speaks literally regarding truth, it doesn’t have 50 shades of truth.  It is a guidebook and an answer book for those who seek truth.  Those who seek to rationalize their behavior, actions or words, will always find a way like these Pharisees, to argue with God Himself about what truth is.  Most of the time, those who do this are thinking with worldly minds instead of transformed spiritual minds.  That’s why the apostle Paul gave these instructions:

Romans 12:2
Do not be conformed to this age, but be transformed by the renewing of your mind, so that you may discern what is the good, pleasing, and perfect will of God.

The truth is the truth.  There is no nuance with truth.