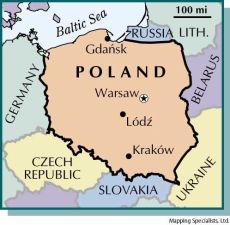 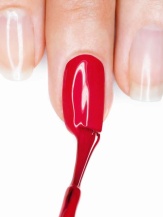 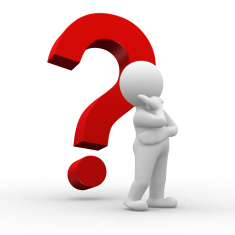 The word of the day in the Daily Post is always a challenge.   Today’s word “Polish,” immediately sent me off on a question rather than an answer.    Was I to write about Poland and what it means to be Polish?  Since I’m not Polish this would be a serious obstacle indeed.  Was I to write about “polish” as in: to shine, wax, or buff something in a rubbing motion?  The question mark in my head resembled the picture above.  That got me thinking how the point of this exercise is always about interpretive view points.  Every other blogger who goes to the Daily Post site, to get the word of the day, must interpret that word within the context of their own life experiences, creative juices, and just go where it leads them.  Me included.

So, I’ll write about communication. The ambiguity of “polish” is a perfect example of how sometimes a single word is the difference between successful meaningful connection, or a total disconnect bordering on destruction.  It all depends on how one sees or hears the word.

Hate is an ugly word.  The passionate loathing of an individual, such as the sitting President of the USA, causes a total disconnection between sane thinking and acceptable behavior in those who are constantly trying to belittle, denigrate, or impeach him in the eyes of the general populace.  But this is an age-old problem, there’s nothing new under the sun.  Joseph’s brothers, out of their intense hatred for him, sold him as a slave to an Egyptian, who carted him off in shackles to serve in another land.  Samson was so despised his enemies used another old-time favorite, entrapment by a beautiful woman, to solve the riddle of his strength and defeat him.  Jesus was an abomination to the leaders of Israel in the first century, and it drove them mad and hostile, until finally they plotted His death.

Most people don’t realize that hate can also be HOLY.  The Bible explicitly defines how much God hates sin.  However, because God is Holy, then His hatred is holy hated.  When men and women in this world justifying their own actions, ignore how God sees their actions, and deny their need for forgiveness, God hates their rebellion.  Careful now, I did not say God hates these people.  The difference between unholy and holy hatred, is grace.

God sees people as worth being redeemed.  People see people they hate as beyond redemption.  God sees the actions and attitudes of people as unacceptable, but the people as the very ones He sent His son to die for.  People see hair, hear speech patterns, or observe “tweets” and deem them beyond distasteful, and the person they hate as not worthy of sharing their same air-space.  Hate is a two-edged sword.  More often than not, unless wielded by the Holy God of Creation, it results in damaged relationships at best, or bloodshed and death at its worst.

Let’s not just put another coat of “polish” on how wrong things are in our world today.  Let’s not just dress it up and ubiquitously say “it’s all good,”  because it isn’t.  Some people just need to take a deep breath, calm down, and try listening instead of talking for a change.  More folks out there than I care to think about, need to get their anger and hatred in check before for this gets out of control.

Proverbs 6:16-19
There are six things which the LORD hates, Yes, seven which are an abomination to Him:

Haughty eyes, a lying tongue, and hands that shed innocent blood, a heart that devises wicked plans, feet that run rapidly to evil, a false witness who utters lies, And one who spreads strife among brothers.

Anyone else think this is a great image for much of what is happening in the world today?

Discover a new Lifestyle and Health Oracle, click the image below…

5 thoughts on “Polish or polish?”